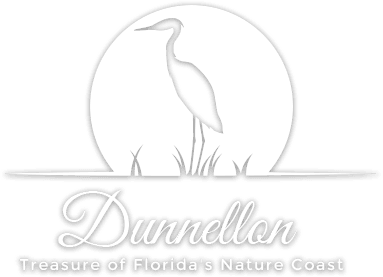 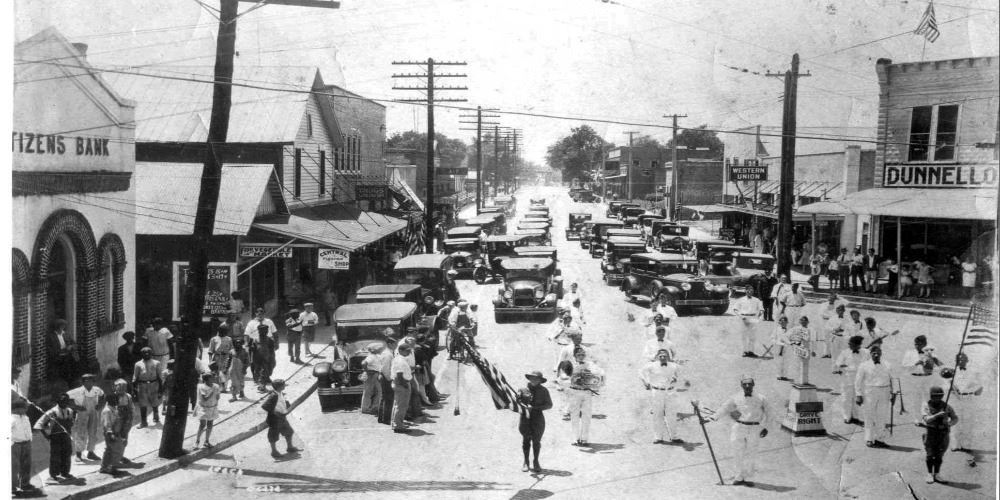 Dunnellon is believed by many to be the location where the Spanish explorer Panfilo de Narvaez crossed the Withlacoochee River in the early 1500s. The Town of Dunnellon was formed in 1890 and is named for a pioneer railroad man, John F. Dunn.  Soon after that, hard rock phosphate was discovered in the area by Albertus Vogt which led to many mines being established and giving Dunnellon its enduring nickname "Boomtown." Utilizing the river’s natural flow, phosphate was transported down the river to the Withlacoochee River and then on to the Gulf of Mexico near Inglis.  The Marion County Phosphate Co. was the first to operate extensively.  The largest and most prosperous mines were the Tiger Rag, Early Bird and Eagle. The original mines were located near the Blue Run River, now known as the Rainbow River, and the now ‘Blue Cove’ subdivision was one of the original mining pits.

Dunnellon became an important trade center leading the City to become a hub for the railroad with trains providing a major source of transportation. In 1908 the Atlantic Coast Line railroad built the depot on South Williams Street.  In its early days, the Atlantic Coast Line carried, produce, timber from virgin long leaf pine forests, passengers and of course phosphate. During World War II, the trains carried troops and military equipment. Children would crowd the station waiting for a glimpse of caged animals roaring by on the Ringling Brothers Barnum & Bailey circus train, now located at Kirby Family Farms in Williston, FL.

The town's fortunes began to decline in the 1920s when the phosphate mines began to run out of rock. While Phosphates are still mined in the area, the center of production has shifted elsewhere.

Today this rich history is celebrated each spring with the “Boomtown Day Festival” and the City continues to be a gateway for the tri-county region of Marion, Citrus and Levy counties.